Excavations at the site of ‘Komboloi’ in the plain of Leivithra and at ‘Tria Platania’ in the plain of Herakleion revealed large farmsteads, mainly involved with grape cultivation and wine production. These farmhouses of the late Classical – Hellenistic period next to contemporary wine routes (Rapsani, Ambelakίa), if not used as permanent residences, they were certainly kept functional activated through the whole year in order to cover the cultivation needs.

These large residences with central towers show that the European tradition of large farmsteads, agricultural mansions and wine making installations was already known in the Macedonia of Philip and Alexander, from where it could have been handed over to Hellenistic Rome. A Hellenistic large farmhouse with two construction phases was revealed between N. Porroi and Platamon, next to the main coastal road of antiquity which connected Perraivia with Pieria through Tempi. It was established in the late 4th century B.C., consisting of a rectangular building of about 2.370m2 with an inner courtyard and a central tower. It was destroyed by fire in the early 3rd century B.C., maybe by the invasion of Gauls. Immediately following this destruction, the building was reconstructed and was mostly in use until the beginning of the 2nd century B.C., maybe after the raid of the Etolians, or by the mid-2nd century B.C. and the invasion of the Romans. During early phase the owner invested in the viniculture and wine production, while in the late period he involved in olives cultivation and olive oil production. The central tower of the farmhouse Part of the storage room with pithoi, which was transferred at the railway station of Neoi Poroi Detail of the collapsed tiled roof 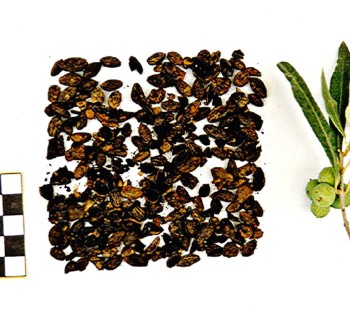 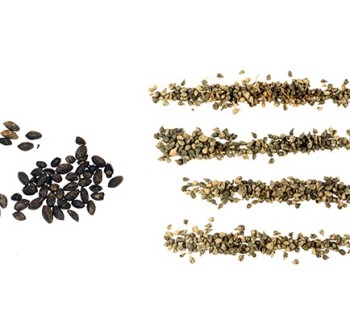 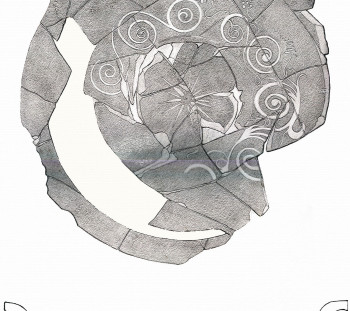 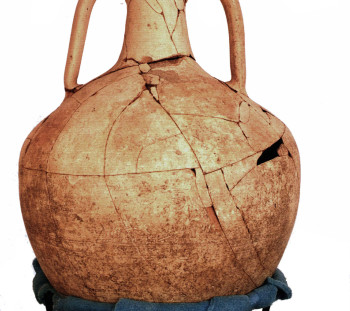 A large wine – making complex of the late Classical/early Hellenistic period was unearthed at the “Komboloi” site, in the plain of ancient Leivithra. The compound complex of at least 1,350m2 was constructed on the site of a preexisting vineyard. It consisted of two inner-facing buildings, a farmhouse and a wine pitheon, slightly older than the residence. The two buildings were both arranged around a courtyard and they were connected through a roofed corridor, which functionally belonged to the pitheon. Other constructions existed to the north and south, while the farmhouse was extended at least to the east with a second courtyard, which was not excavated.

The excavated part of the house faced the south and was equilateral, with a south entrance to the yard with drainage system and two more entrances to the rooms on other sides. Seventeen rooms and two corridors surrounded the yard. A wide basement with strong foundations and a brick partition wall in the middle was unearthed in the east wing, probably belonging to a tower. If the building continued to the east with a second yard, then the tower would have been located centrally, between them. The excavation indicated wooden stoas around the yard and on the north and east exterior sides of the house, used as workspaces. A small oven and a stone built well were found next to the south entrance.

The pitheon was an independent, almost square building with a unique ground plan. The core of the building was a rectangular stone-paved yard  (perhaps used for drying grapes or for draining rainwater). Well made, with successive dense layers of small and big stones and deep sublayer of gravels, was completely devoid of any finds. To the south, in contact with the yard, a small semi-basement was found with brick-walls and a well-made pavement of pebbles and thick whitish lime mortar. Two small pithoi were found unburied, probably having been supported by wooden bases.

Νο other use was detected, other than that of the ‘house of wine’. It only contained collapsed building remains, pithoi in situ and in fragments, various types of pithos lids, lead clamps and fittings, amphora and few household sherds, resin and grape pips. Pithoi were buried in lines, leaning to the walls of the corridors that surrounded the yard and the one between the house and the pitheon.

The complex had a short life span, from about the middle of the 4th century B.C. to the beginning of the 3rd century B.C., when it was destroyed by fire, possibly due to the invasion of the Gauls, and was subsequently abandoned. Drawing ground plan of the complex View of the complex from the north The tower basement with the partition mudbrick wall in the middle 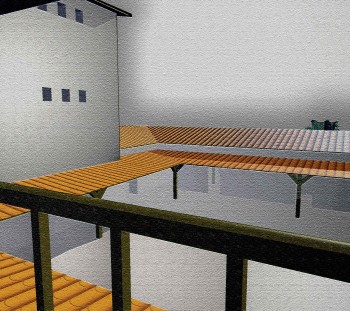 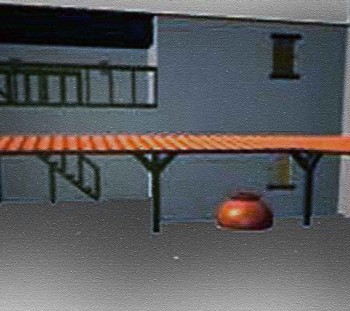 Hypothetical representation of the house from the south rooms The pitheon from the north

Hypothetical representation of the complex from SW, with the pitheon left and the house (agrepaulis) right

Hypothetical representation of the complex from NE, with the house (agrepaulis) left and the pitheon right

Hypothetical representation of the complex from S, with the house (agrepaulis) right and the pitheon left

Hypothetical representation of the complex from N, with the house (agrepaulis) left and the pitheon right

Hypothetical representation of the complex from NW

The lower part of a buried pithos, that had been broken and repaired with lead clamps 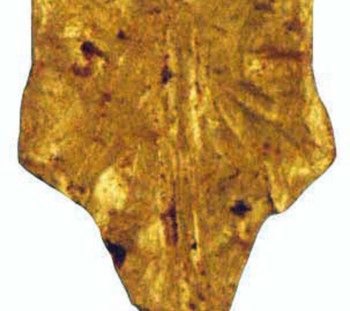 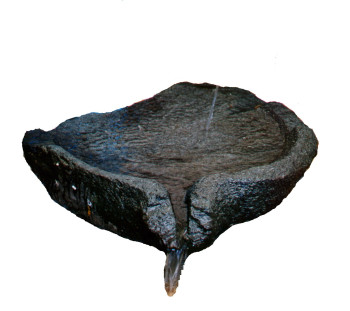 Stone winepress that was found at the broader area 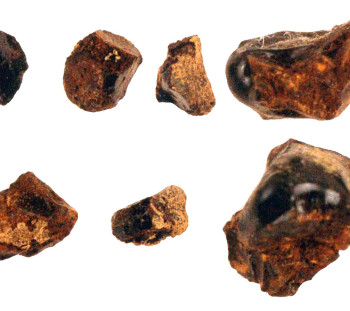 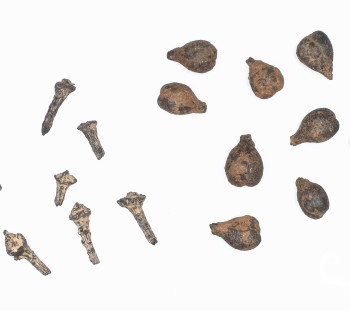 One of the monumental, pointed – base wine pithoi with inscribed rim, which is exhibited in the Αrchaeological Μuseum of Thessaloniki. Dimensions: height 2,15m. diameter 1,60m., thickness 0,03-0,04m. A total of 32 pithoi were found in situ, along with 18 pithoi pits and a large number of fragments. Most of them seem to have held almost 2000 litres of wine

Clay lid and a contemporary copy with handles and a central hole, perhaps for the wine–testers

Large strainer, perhaps to stain off the precious first must or to soak raisins for sweet wine

Plain pottery and copy of a small strainer

Lamps and loom weights, some of which with inscriptions or stamps

Iron key and bronze ornament nails from doors or windows

Next to the National Road and to the homonymous water source, was unearthed the corner of a farmhouse and part of a cemetery of the imperial period. Given that the relevant settlement was not found, it is possible that the cemetery was related to the farmhouse.

Wall foundations underneath the Roman phase might belong to a Classical/Hellenistic period farmhouse.