Leivithra region is literary known because of its reported relationship with the Muses and Orpheus as well as historically for Romans’ passing through it on their way from Kallipefki (Thessaly) to Macedonia. The earliest archaeological finds discovered in acropolis to this day, indicate a long period of habitation from the 8th to the beginning of the 1st century B.C., when it was destructed and abandoned. Settlement traces of the Mycenaean Age unearthed in the nearby modern village of Skotina and cemeteries of the same dating located in the adjacent foothills of Olympus (Voulkani, Vakoufika, Palia Leptokarya). At least a cemetery of the Early Iron Age came to light in the rural area of Skotina and settlement traces of the same period were found at the hill southern the acropolis. The acropolis and in the background, the region of Leivithra Park Dion is the most fully excavated site in the Olympus region and one of the most extended excavations of recent years in Greece. A wealth of findings unearthed, such as royal inscriptions of great historical interest.

The archaeological site is composed of the intra-muros city in the north and of the extra-muros sanctuary area in the south. Statue of Aphrodite Hypolympidia from the sanctuary of Isis. Dion, Archaeological Museum 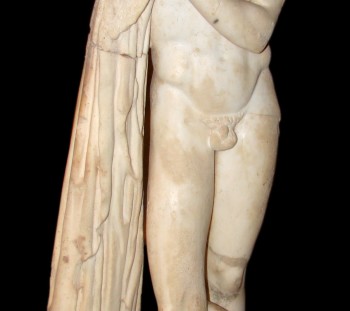 Statue of Podaleirios, son of Asklepios, from the great baths. Dion, Archaeological Museum

Platamon has been a strategic site through the ages because of its geographical location. The name Platamon is homeric and signifies a flat rock surrounded by or covered in water, meaning the rock which is the sole ‘flat edge’ of Olympus towards the sea. Herakleion might have been extended (in different districts, “komes” ?) beyond this specific hill of the Castle of Platamon, which protected the harbor and –possibly– the lord of the region. The hill of the Platamonas Castle, where the ancient city Herakleion is located 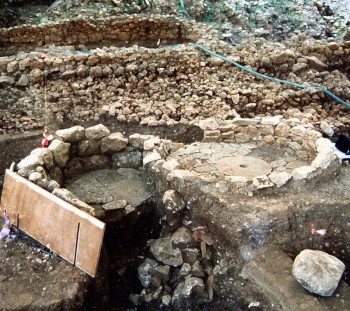 Building of the 4th c. B.C. Room with stone hearth 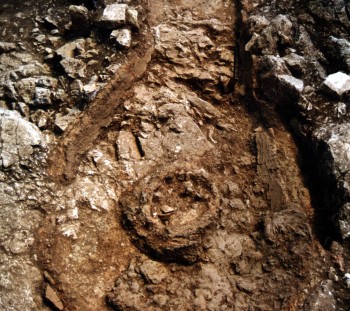 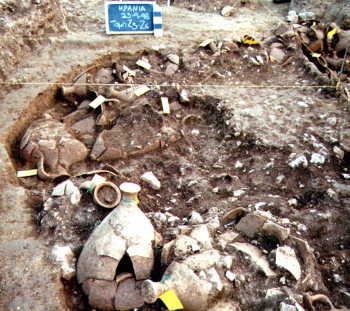 Amphorae of Mendi type, found at in the local ceramic workshop of the 5th century B.C. 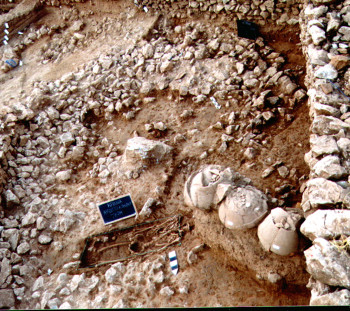 Amphorae of Mendi type dated to the 4th century B.C. 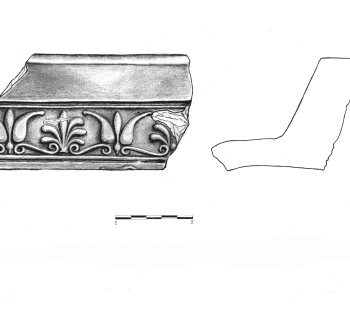 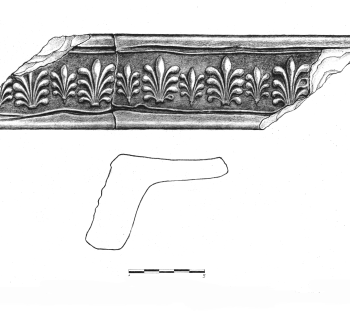 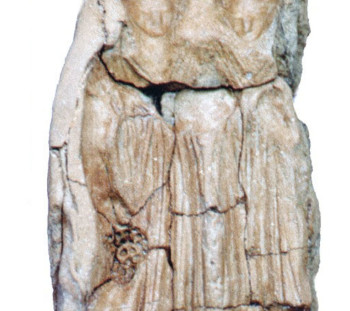 Mold of figurine with two female figures, one of which holds grapes (Opora and Ampelis ?) 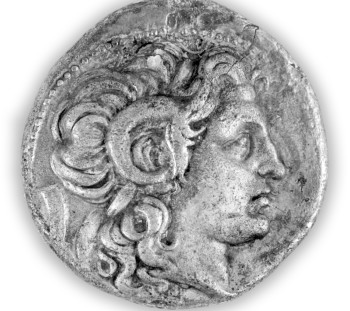