From the Archaic period to the Late Antiquity

In the beginning of the 5th century BC, Xerxes arrived from the Thermaic gulf and Thermi, in order to see the estuary of Pinios river and Olympus mountain. He did not choose the guarded strait of Tempi to advance into southern Greece, but he followed a particularly uneven, mountainous Olympus road, the so-called «upper route» to Perraivia.

In 432 BC Perdikkas, an ally of the Atheneans until then, lined up with the enemies of Athens and encouraged Chalkidiki to revolt. In 430-429 BC, the Atheneans conquered Heraklion.

In 424 BC, Vrasidas the Lacedaemon, during the Chalkidiki campaign, bypassed Heraklion and reached Dion through Petra.

Βy the end of the 5th century BC, Archelaos moved the capital of the kingdom from Aigai to the neighboring Pella. He also established «Olympia» at Dion in honour of Zeus and the Muses, a pammacedonian festival of nine-day games for each one of the Muses.

In 348 BC, Philip and Alexander celebrated at Dion their victory against Olynthus and in 335 BC, Alexander celebrated there too the destruction of Thebes. He also ordered sculptor Lysippus to make bronze statues of the 25 cavalrymen who fell in the battle of the Granikos, that were eventually set up in Dion.

In 280-279 BC, the area suffered from the raids of the Gauls but soon recovered.

In 239 BC, Demetrius II established a city at the southernmost edge of Pieria, today in the prefecture of Larissa, giving it the name of Antigonos Gonatas’ mother, Fila.

In 211-205 BC Aetolia allied with Rome and in 197 BC the first defeat of the Macedonians took place at Kynos Kephalai.

In 169 BC, the Romans came down to Pieria through a rutty passage of Olympus and camped between Leivithra and Heraklion.

In 168 BC, after deceiving Perseus, they also invaded from the Petra strait. Perseus retreated towards Pydna, south of which he was crashed by the Roman legions.

«Free» but under patronage and tax submissive, Macedonia was divided by the Romans into four parts. Only after twenty years and the failed revolt of Andriskos in 149 BC and a second battle at Pydna in 148 BC, Macedonia became the first roman province of the East.

In the beginning of the 1st century BC, an earthquake and other natural phenomena destroyed Leivithra, which thereafter was abandoned.

After the coronation of Augustus as the first emperor, a period of two and a half centuries of growth was started.

Christianity most probably established at Pieria quite early. In 343 AD, Dion was the seat of a bishop.

During the first Christian centuries, the area suffered from natural disasters, epidemics and barbarian raids. Dion was no longer inhabited. Petra at the entrance of the Straits, a bishop that probably replaced the one at Dion, and Platamon instead of Heraklion, became the major sites.

In 1264, the area from Tempi to Veroia is referred in Tabula Itineraria Peutingeriana chronicle.

A few years later, Athanasios Nazireos left his testimonial on a Platamon column, seen by the French archaeologist A. Plassart in 1914. 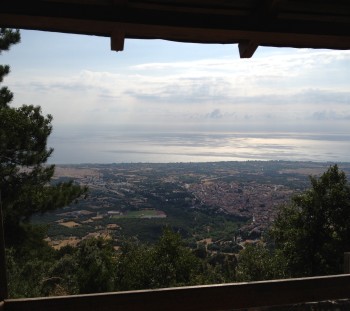 Lissa (or Lisa) and Lissa Port, as referred in portolanos, is probably related to Litochoron, one of the places with Mycenaean findings. Closely there is an unexplored ancient settlement, probably Pimplia, related to the musical / orphic myth and a second to Topoliani, between Litochoron and Leivithra 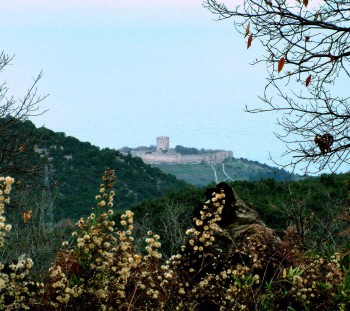 The Platamon castle, is mostly considered to be built by the Franks, but its masonry indicates more periods

Saint Dionysius had already settled at Olympus in 1540, when it seems that was built the first little church on one of the higher tops, Prophet Elias. The Saint founded the homonymous Monastery deep in the heart of Olympus and by this settlement he can be referred as the first explorer of the mountain at recent times.

Plan of the Monastery of Saint Dionysius. Katholiko is a cruciform church of the Athonite type, surrounded by four chapels 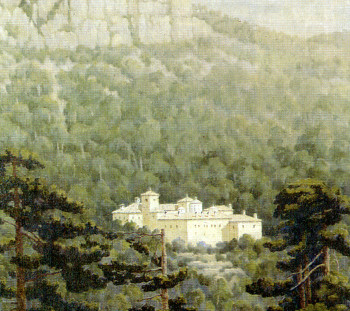 The Monastery of Saint Dionysios by B. Ithakisios 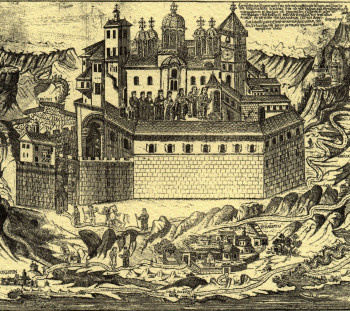 Copperplate of the Monastery of Saint Dionysion dated in 1808, referring to antiquities on the tops of Metamorphosis (2.669 m) and Prophet Elias (2.788 m)

In the period of the Ottoman Empire, Olympus was the hiding place and base of operations for klephts and armatoloi.

The Greek Revolution against the Ottomans was declared in 1821. Soon after the Monastery of Saint Dionysios was partly blown by explosives.

In 1855 the French archaeologist L. Heuzey visited the area. He described Platamon / Heraklion and determined with accuracy the position of Leivithra, identifying the word with the Latin toponym “Kanalia” The Monastery of Panagia Kanalon, which is firstly reported in 1699. The Katholiko is a church dated in 1883, after the destruction of the older one. The monastery probably took its name from Kanalia (= leivithra), the ravines between Upper and Lower Olympus, where it is built

He described the site of Dion and identified the river with Vafyras, as mentioned by Pausanias in the myth of Orpheus’ murder. He walked up to Olympus, stopped at the metochion of Saint Dionysios, where amongst other things he saw a latin inscription that he could not read. After three more hours he reached the Monastery of Saint Dionysios and then he went uphill to Mavrologgos and to the tops Kalogiros (Saint Antonios?) and Itsouma (Metamorphosis?) where he mentions the existence of old brickwalls and also the locals’ information about a marble inscribed stele.

At Nea Ephesos (Spighi), he mentions the toumba, the church of Saint Prodromos, many marbles, byzantine antiquities, a latin and a greek inscription. At Kountouriotissa he mentions the church of Saint Paraskevi and close to the ruins of «Palaiokountouriotissa» the church of Panagia. He highlighted the coexistence of greek and roman names for the same persons and located there the ancient city Atera. Then, he went to Petra Monastery, where he saw an early Christian sculpture of Saint Demetrios and to the ruined Petra, where he saw icons dated in 1710 and limestones in second use. He after visited Saint Demetrios and then returned to Katerini, ancient Atera according to Felix de Beaujour, which that period was fiefdom (tsifliki) of a bey, with Greek farmers.

In 1881, after the annexation of Thessaly to Greece, Pieria was on the borderline with the free Greek state until 1912, when also Macedonia was liberated.

On 2 August 1913, Christos Kakalos led for the first time Frederic Boisonnas (eminent photographer) and Daniel Baud-Bovy (chancellor of the School of Fine Arts in Switzerland) to the highest peak of Olympus.

In 1921, Marcel Kurz, a Swiss engineer and climber, undertook the mapping of the mountain. Kurz and Kakalos, «hovering between the sky and the abyss», conquered the Throne of Zeus, the most precipitous of Olympus top. 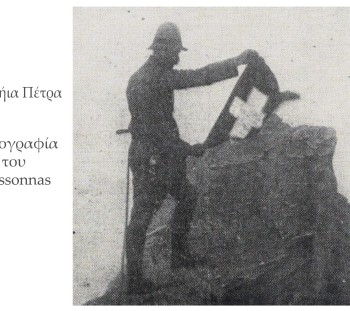 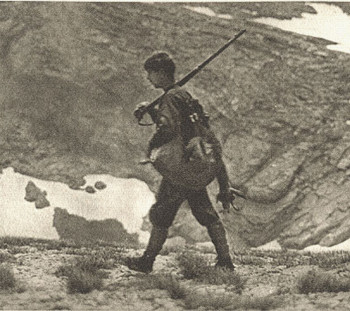 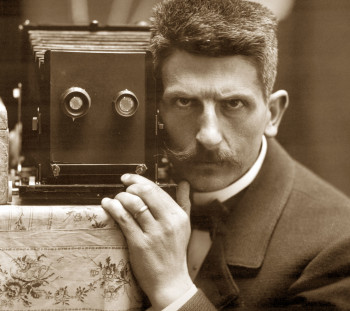 On 16 April 1941, german airplanes bombed the metochion of Saint Dionysios at Skala and the Monastery itself, but they missed their target and on 29 April they blasted the Monastery with explosives. The icon of the Saint was rescued by a german soldier who carried it to the village Litochoron.