In the 7th millennium B.C., a peaceful revolution quickly transformed the Greek landscape: it became known as the Neolithic revolution. It may have been brought from the East by travelers, or it may even have been born in Greece. 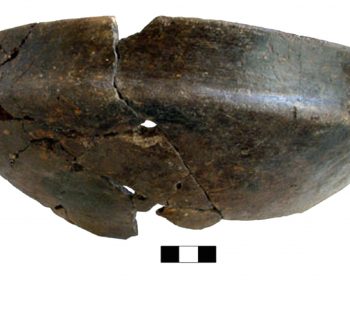 During the third millennium and the Early Bronze Age the Greek territory was more complex and specialized. A revolutionary feature was the metallurgy. The wealth gained from trade activities and mass production of what were the most effective weapons until then, led to a new social stratification and to fortified settlements in order to protect the power centers and treasures of the new era. This new era was traced through stratigraphy to Pigi Athinas, and through the discovery of building remains to the principle site of Platamon, where the ancient Herakleion is situated.

A destructive change which occurred towards the end of the Early Bronze Age hit Troy and other sites in the Aegean and the East. This period was associated with the invasion of the Indo-Europeans, but it was equally questioned, mainly through the theory of C. Renfrew, that the indo-European language (and not some specific tribal) was spread through the cultivation of land during the Neolithic period. Indeed, during the crucial Middle Bronze Age, it is considered that our language had already settled in its homeland. 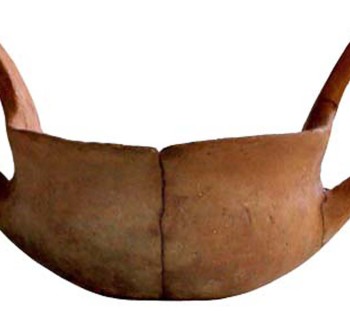 This period and the transition towards the Late Bronze Age is well identified in the region, strongly connected to Thessaly. It was then that Santorini erupted. As a consequence of the volcano‘s eruption, the natural disaster and possibly other events, the Minoan palaces were buried under ruins. Power was then transferred to the Greek mainland, which prevailed and dominated the Aegean. The Mycenaean palaces became the new centers. The king of Mycenae was first among equals. So, the last period of the Bronze Age is also conventionally known as the “Mycenaean Period”. The Mycenaean civilization prevailed and ruled its surroundings, like the Minoan civilization had done before.

This last period was traced in numerous sites in Pieria, few of which were excavated, mainly cemeteries. Like elsewhere in northern Greece, cist graves are predominant, while they could be found during earlier periods in southern Greece. The most important cemeteries came to light in the regions of Platamon, Leivithra, Litochoro and Stena tis Petras. 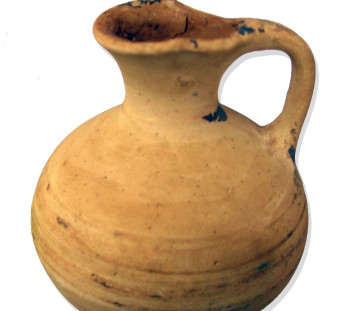 Spathes cemetery: Jug with cutaway neck of Mycenaean Age, the fist wheel made example in the area 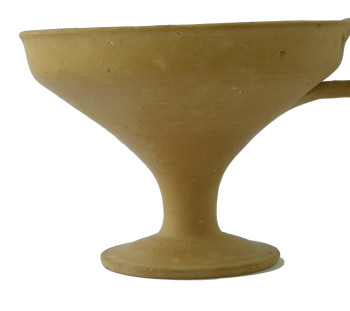 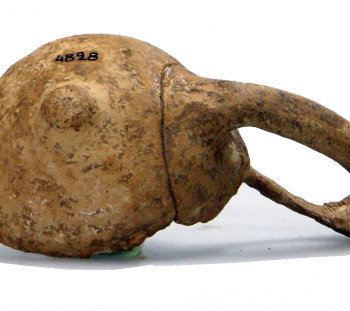 Spathes cemetery: Mycenaean rhythm dipper with red spots of decoration that is not saved 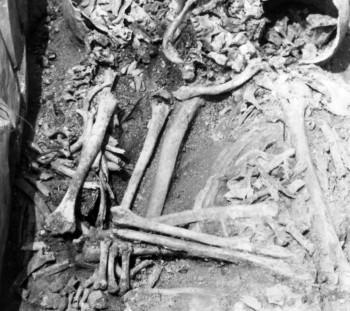 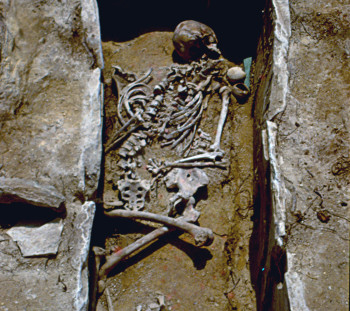 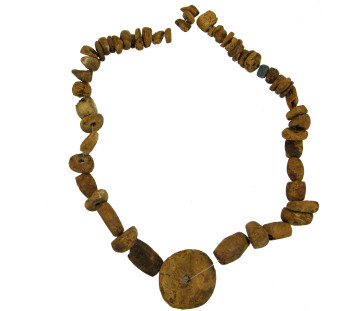 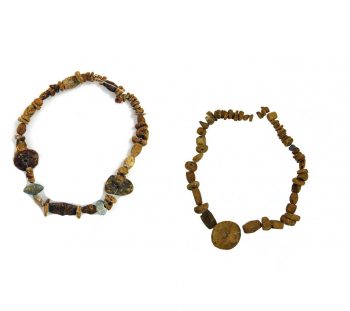 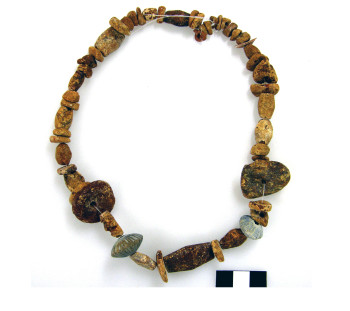 Following the end of the Bronze Age, in the so-called Early Iron Age, iron replaced bronze in the production of weapons/tools. The great achievements of the previous period faded and were lost and the society remained culturally introverted at least until the 10th century B.C. Despite any differentiations, this period is a crucial point of the European history. According to ancient historians (but not for all contemporary ones), this is the time which followed the legendary “return of the Herakleides” to the Peloponnese and the “Dorian invation” from the northern to the southern Greece. The beginning of this era is represented in the region only through cemeteries. The most important are the flat-spaced cemetery at Treis Elies, in the region of ancient Petra, and the tumuli cemeteries in the region of Dion, close to Mount Olympus. 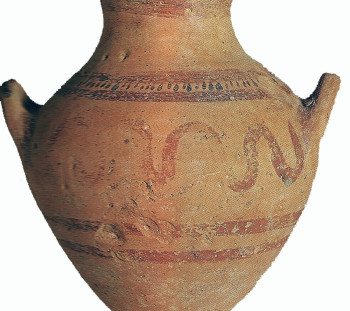 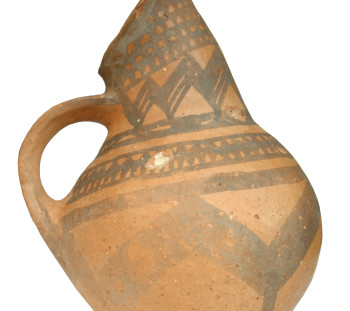 The cultural recovery and restart of relations with East was ended to what can be characterized as the ancient greek renaissance, from the 8th century onwards. Its features were the increasing in agricultural production, more permanent settlements, demographic recovery, the raising of living standards, commercial contacts East and West, the establishment of commercial trade settlements and colonies, the adoption of the Phoenician alphabet with the creation of the first phonetic alphabet (initially by overseas travelers from Euboea), Homer and Hesiod, the reemergence of pictorial decoration, the great Art, the Olympic Games and the new sanctuaries, panhellenic or not, with numerous votive offerings. This era seems to mark the spreading of the name “Hellenes”, while until Homer, the terms Hellene and Hellas had not yet acquired the content they possessed during the Classical period and later.

This period, being as crucial as the Middle Bronze Age, was partially excavated only in few cemeteries, like in ancient Herakleion (Krania). Krania: An oval building of the 8th century B.C., built on a surrounding wall of the Late Bronze Age